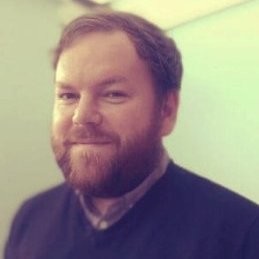 In the second of our investor chats, we discuss the collaboration between KOPE and Barton Malow.

David Flynn: Lindsey, Alan welcome. We have been working together for the best part of a year and now Barton Malow have invested in KOPE. Could you tell us a little background on the business and the area of construction you are involved in?

Lindsey Rem: Barton Malow is 98 years old and is a family of companies, headquartered in Michigan. One side of the business is Barton Malow Company which specialises in heavy industrial, manufacturing, automotive and energy, with almost 2000 union trades covering everything from civil, concrete, structural steel, rigging, etc.

Barton Malow Builders LLC is focused on commercial and institutional work including health care, K12 and higher education, stadiums, etc, with all offices east of the Mississippi, but with work all over the United States.

DF: Do these companies have an interest directly in Industrialised Construction?

LR: Absolutely. What we have been working with the KOPE team on is LIFTbuild which is much more experimental and R+D focused with our first building in downtown Detroit. You have to come over and visit it, we just lifted another floor which is pretty cool to see. LIFTbuild is aimed at transforming the way projects are built by bringing the factory floor to the construction site. It means we have offsite manufactured components being brought to site for quick assembly in addition to traditional construction work happening on site at ground level, for example, steel erection and concrete pours. When the floor is raised into place, we can continue to work in a closed, controlled environment. This combination of assembly process and workflow addresses many safety and time concerns.

DF: It sounds a perfect mix of what we see as the benefits of offsite processes happening on and offsite. Considering you are replicating many of the aspects of a factory floor at your site, does this influence the required skillsets of the labour onsite?

LR: Not yet as this is the first project but that would certainly be a goal. We see a couple of incoming benefits being able to have less labour onsite, plus because of the more comfortable heights and assembly type processes, we expect eventually to be able to work with less skilled labour, people who are earlier in their careers and not with decades of experience to be able to perform the more complex tasks as they typically exist.

DF: Do you think that will have an impact downstream on your supply chain? Having the ability to do some much in a controlled factory type environment onsite would surely influence those providing you with materials, components and assemblies.

LR: For sure, we expect to see changes in the supply chain, but I would actually start upstream in the design process. With us using KOPE, we have been able to come in to design earlier during the conceptual phase and design with more standardisation in mind. The control we have now means we can understand our supply chain, then begin designing with prefabricated or standardised assemblies and components from the start.

DF: As you mentioned KOPE, what exactly are the benefits you are finding by working with us and utilising the platform?

LR: The original problem statement that we had that drew us to working with you on KOPE was that with a traditional project if you approach a developer, you can essentially do a napkin sketch pretty quickly and approximately give an idea of cost and what a unit mix might be, but LIFTbuild is very different. It has a different structural system so a developer would struggle to imagine what this might look like on their site. We couldn’t turn that around in less than 6 weeks so we wanted to provide that sketch to the developer really fast. We can now even offer them a wide array of options using KOPE. We can then tie the estimate to that option. It is well above what might be expected on a traditional project.

DF: Alan, how are you finding it in the detailed weeds of the project?

Alan Todd: There’s a ton of data points that we are focused in on, that marry up pretty well with some of the data points that a developer might have. So what led us to KOPE initially was the Optimisation Engine. Of course, there are other tools and methods out there such as Grasshopper or Dynamo where we can find optimised results. But taking advantage of the cloud-based horsepower you have your engine tied to was necessary for us to be able to get that processing away from local machines. We wanted results back within the hour instead of days and KOPE is giving us that.

LR: I would say one more is that when we were evaluating options, we knew KOPE was growing and we could take advantage of more features as you developed them, as the tool itself grew. We were starting in the conceptual phase but we had plans to go all the way through the design and KOPE is giving us that.

Mark Thorley: It’s good to hear that. One of the most exciting things about the work we do with you is the system approach you take with LIFTbuild. The constraints and logic of the core shafts drives much of the building. When we think about KOPE and the supply chain, items such as precast floor slabs, internal partitions and structural assemblies are all system driven.

There has been investment by you in LIFTbuild and KOPE but are there other aspects of your buildings that you intend to focus on and invest in?

LR: I would say structural systems, interior wall systems and façade systems are priorities for us.

AT: There’s also lots of other opportunities in the engineering side that we have talked about. We have discussed at length how we will invest in leveraging more industrialised construction techniques. How can we influence design enough that it can take advantage of the standardisation. In our work with KOPE, we have discussed standardisation in how it related to automation but there is also aspects related to means and methods and installation onsite that we can influence. We see the direction KOPE is going, not just as a platform but also with the marketplace and where it aligns with our internal discussions around IC is clear. We want to be better as contractors; influencing design and establishing partnerships so we can gain some consistency from project to project. Really making our process more streamlined, a lot safer and take advantage of many of the things you are interested in as well.

‍MT: Are you seeing a push from some of your partners or suppliers in the same direction as you are going? That forward looking, tech enabled approach. Many companies can be shy in spending money on R+D or utilising new tools like KOPE as they want the formality of the established players.

LR: I think there are more that are shy of new tech or processes than not but those that are investing are seeing the benefits now. It is a little like BIM; starting off as a select few players but then ‘ok, we have to do this to do business so let’s go’. Prefabrication is giving such huge benefits that companies are not afraid of reworking all of the project information to make it fit. Teams of people spend months redrawing but they are still seeing the benefits. The efficiencies from standardisation, offsite and optimisation outweighs the currents costs of that with significant reduction in onsite labour. There are some players who say if they can’t see a path to75/80% prefabrication on a project, they won’t even pursue it, it’s so beneficial to their business.

DF: It’s really encouraging to hear that. For us, we know people see the benefits you’ve described but with KOPE we want to take all the pain away, no rework, instant testing, clear metrics, then the return to them is huge. Moving design content instantly to manufacture and assembly means anyone can realise these benefits.

LR: Its not feasible for many companies to have a workforce who can rework and redesign for offsite. Most may not be able to and so will need a solution.

MT: As you touched on with BIM, we believe offsite construction will become more mandated. To deliver on sustainability targets and to open up to a changing workforce, the changes must be made. Couple up achieving those aspects alongside the automation we are working on in KOPE and the benefits are significant.

A final question for you. Outside of the strides we are making on KOPE, where do you see the biggest opportunity over the next year?

AT: There’s a lot of learning that we are trying to apply more broadly. Being able to make decisions from objective data more broadly and developing a strategy around how we can find consistencies and repetitions in our data and how we apply it to the core business.

‍DF: Great stuff. A key focus of ours also. Well thank you so much for your time. It has been a really enjoyable experience collaborating with Barton Malow on LIFTbuild and KOPE and we look forward to working together with you as a strategic investor in what we are building.